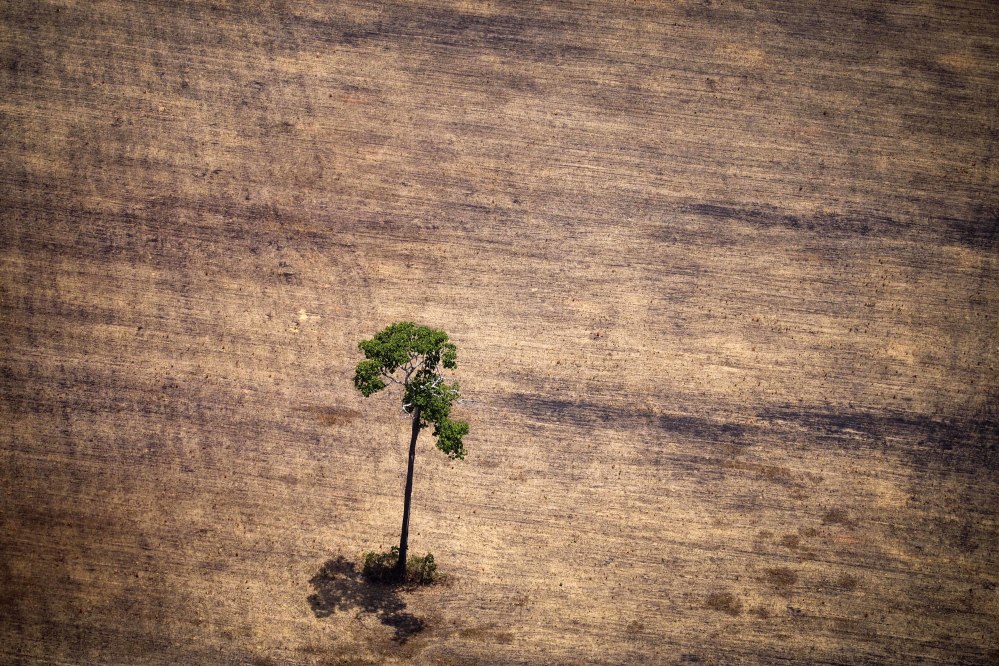 View of a tree in a deforested area in the middle of the Amazon jungle during an overflight by Greenpeace activists over areas of illegal exploitation of timber, as part of the second stage of the “The Amazon’s Silent Crisis” report, in the state of Para, Brazil, on October 14, 2014. According to Greenpeace’s report, timber trucks carry at night illegally felled trees to sawmills, which then process them and export the wood as if it was from a legal origin to France, Belgium, Sweden and the Netherlands. AFP PHOTO / Raphael Alves