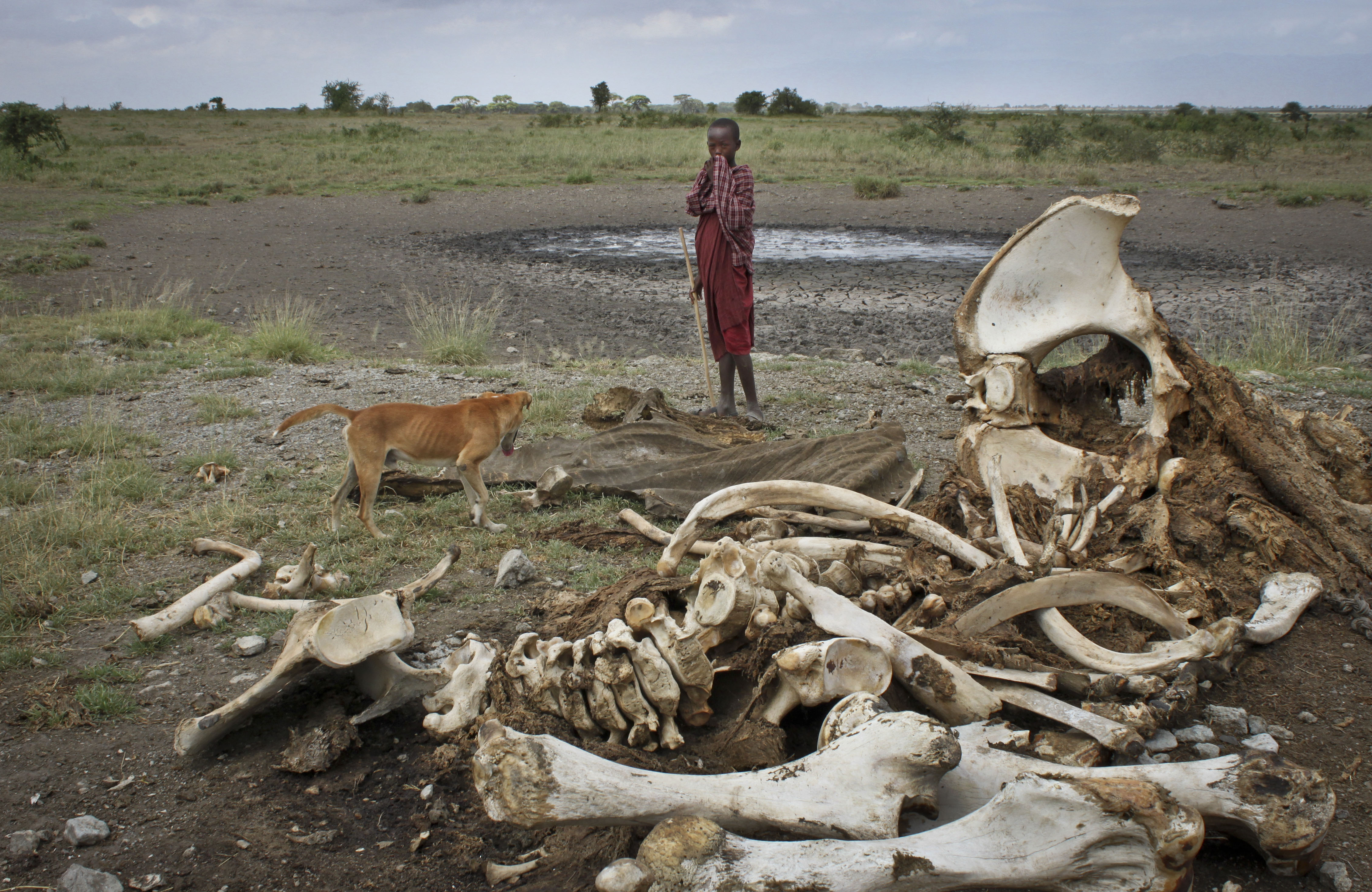 FILE – In this Wednesday, Feb. 13, 2013 file photo, a Maasai boy and his dog stand near the skeleton of an elephant killed by poachers outside of Arusha, Tanzania. A new study released Monday Aug. 18, 2014, by lead author George Wittemye of Colorado State University, found that the proportion of illegally killed elephants has climbed to about 65 percent of all African elephant deaths, accounting for around 100,000 elephants killed by poachers between 2010 and 2012. (AP Photo/Jason Straziuso, File) ORG XMIT: NAI501